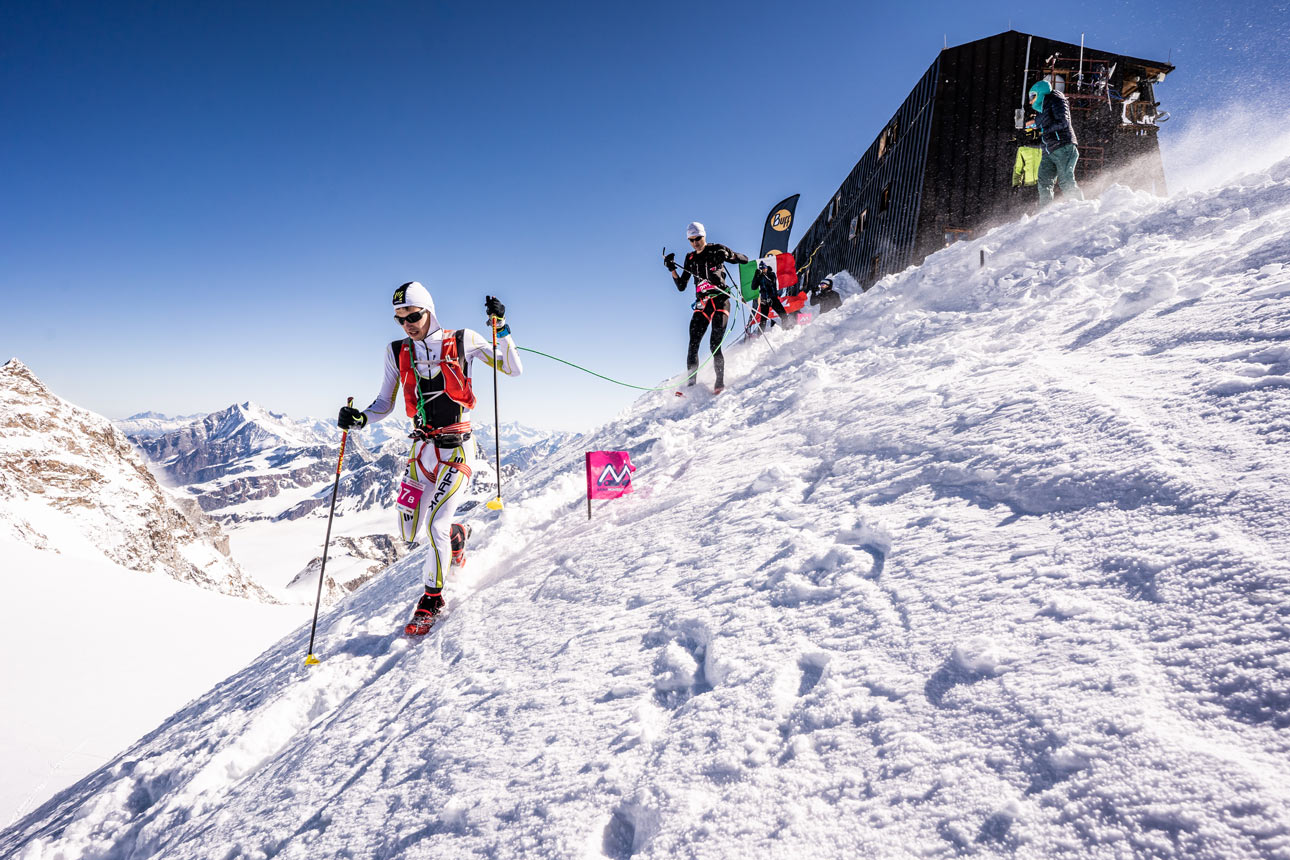 The Margherita Hut, at 4,554m is the highest in Europe and the turnaround of the race. ©iancorless.com

Like the date? June 20, 2020 has a special ring to it and so does the third edition of the Monte Rosa SkyMarathon – Europe’s highest race.

The date is set, and this year it will open its doors to no less than 500 competitors who will race to the summit of Monte Rosa on the Italian/Swiss border at an altitude of 4,554m. Side by side, the second edition of the AMA VK2, a double Vertical Kilometer® will take place – a lung-busting uphill 9 km climb to an altitude of 3,260m, capped at 300 participants. 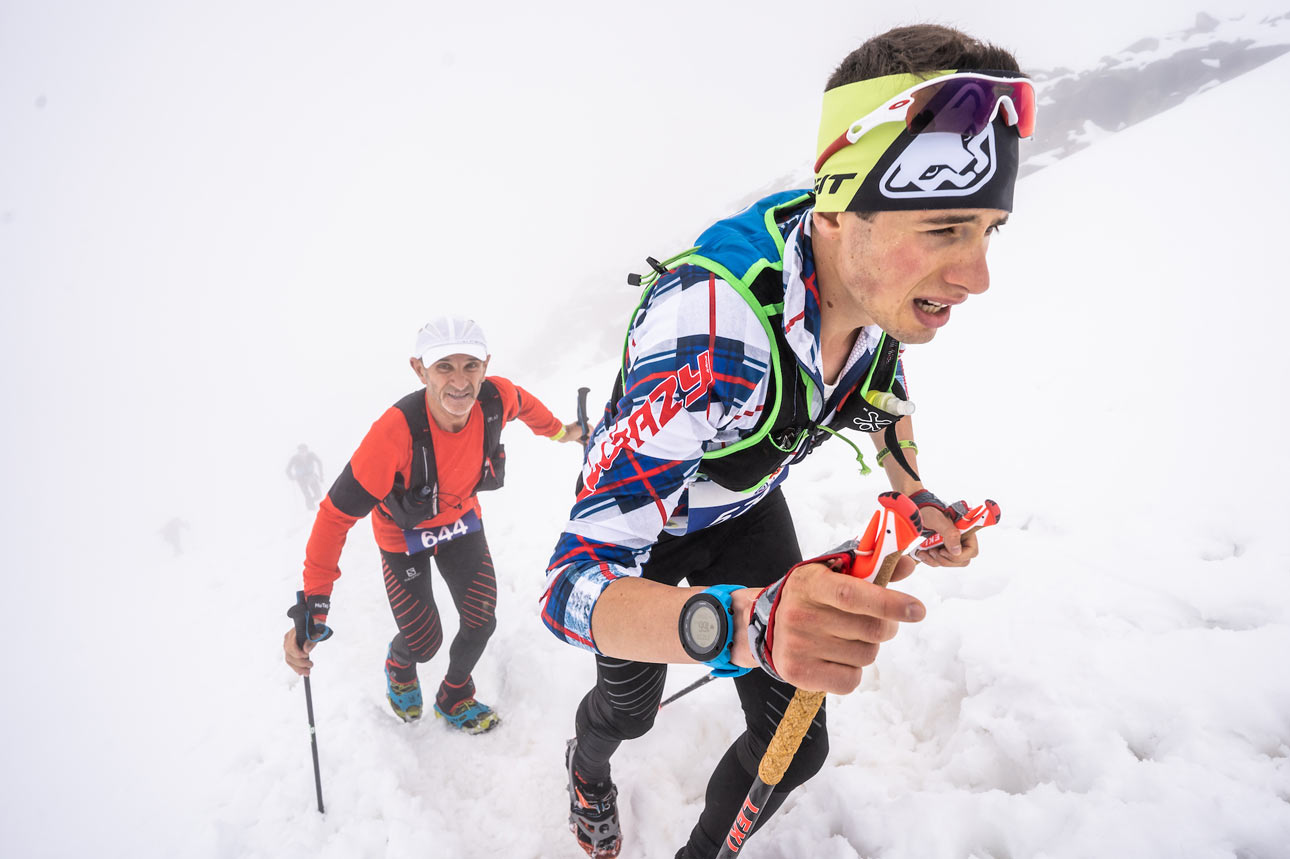 The AMA VK2, a double Vertical Kilometer® up to 3,260m, it will take your breath away. ©iancorless.com

The Monte Rosa SkyMarathon course is 35 km long with a total of 7,000m vertical climb over moraine, snow fields and glaciers. It represents the pure essence of skyrunning and celebrates the birth of the sport with the first race here in 1992 and the first race to the summit in 1993.

After the success of last year’s event with 400 competitors from 25 countries, the organisers have extended the entries to satisfy the strong demand while capping the numbers at 500 for safety. Another strong safety feature has the runners racing in pairs, roped together when they reach the snowline, climb the couloir, cross the glacier …and eventual crevasses. Uphill and downhill.

Emelie Forsberg and Kilian Jornet, partners in the race…and in life. Racing here in 2018 ©iancorless.com

Incredibly, the race records still stand, set in 1994 by Italians Fabio Meraldi and Gisella Bendotti – 4h24’ and 5h34’ respectively. A total of four editions took place from 1992 to 1996 and the relaunch, celebrating 25 years, took place in 2018 when skyrunning super stars Emelie Forsberg and Kilian Jornet competed. Forsberg’s time was in fact the best female performance – 31’ faster than Bendotti’s, but mixed gender teams fall in the men’s category. “To do this race, I had to put on a “skirt” and follow Emelie!” commented Jornet. “This is one of the best races in the world!”

The 2019 winning time of 4h51’ was set by the duo William Boffelli from Italy and Jakob Hermann from Austria. Both accomplished ski-mountaineering champions, Herrmann climbed hard with his partner putting a 25-minute lead on the second team at the summit. 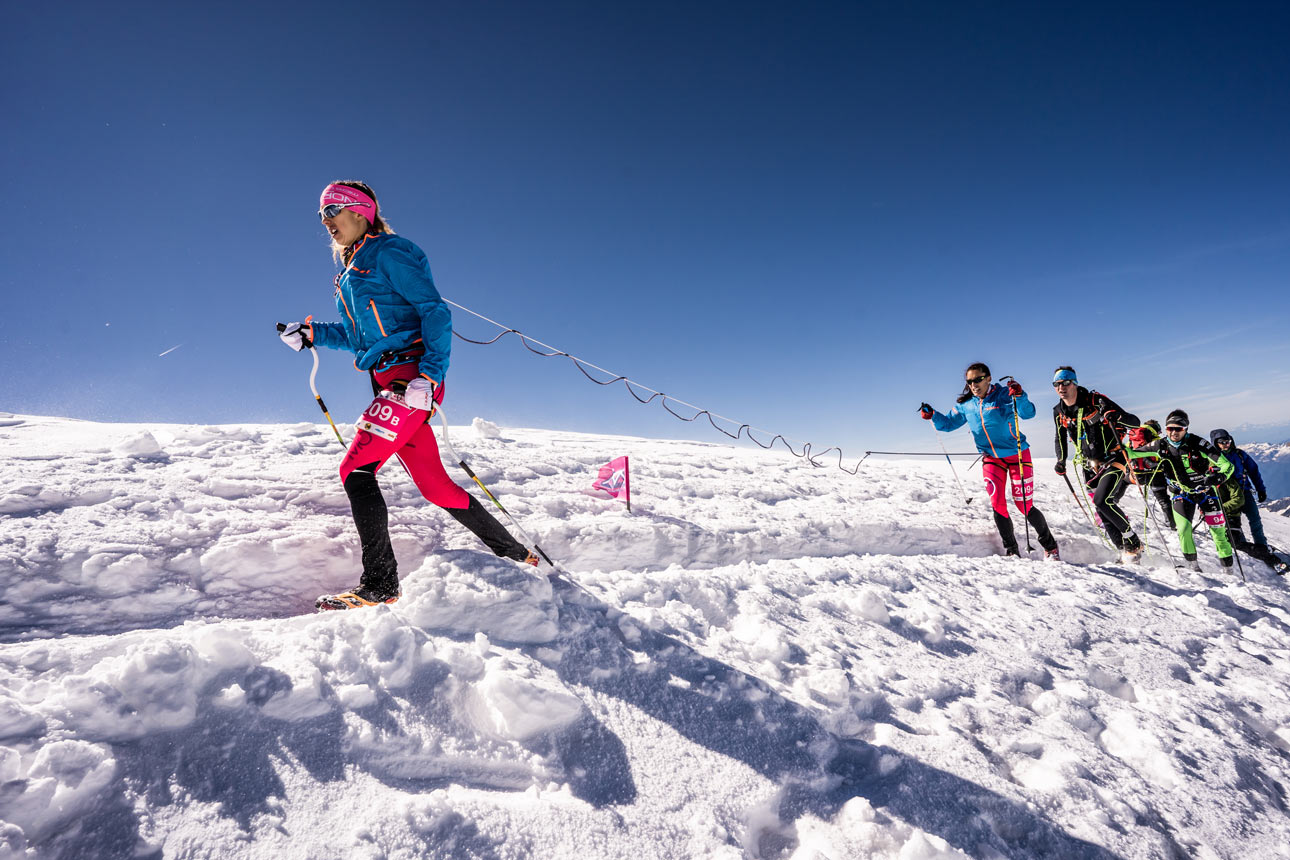 Italians Giuditta Turini and Laura Besseghini, led confidentlyfor most of the race before having to retire.  ©iancorless.com

For the women, the 6h38’ winning time was more than an hour off Bendotti’s long standing performance. Poland’s Natalia Tomasiak and Katarzyna Solinska were victorious, although Italians Giuditta Turini and Laura Besseghini had led the race until the last downhill stretches.

Even after the recent heavy snowfalls on the mountain, it’s early days yet to forecast race-day conditions but one thing is sure: the challenge of competing in Euope’s highest race, racing over snow and ice, of climbing a vertical couloir and gasping for thin air in a strongly competitive field, are the unlikely elements that attract a bigger field every year and, above all, the thrill of being part of a legend in the making – the Monte Rosa SkyMarathon.