Monte Rosa SkyMarathon – the beginning of a legend 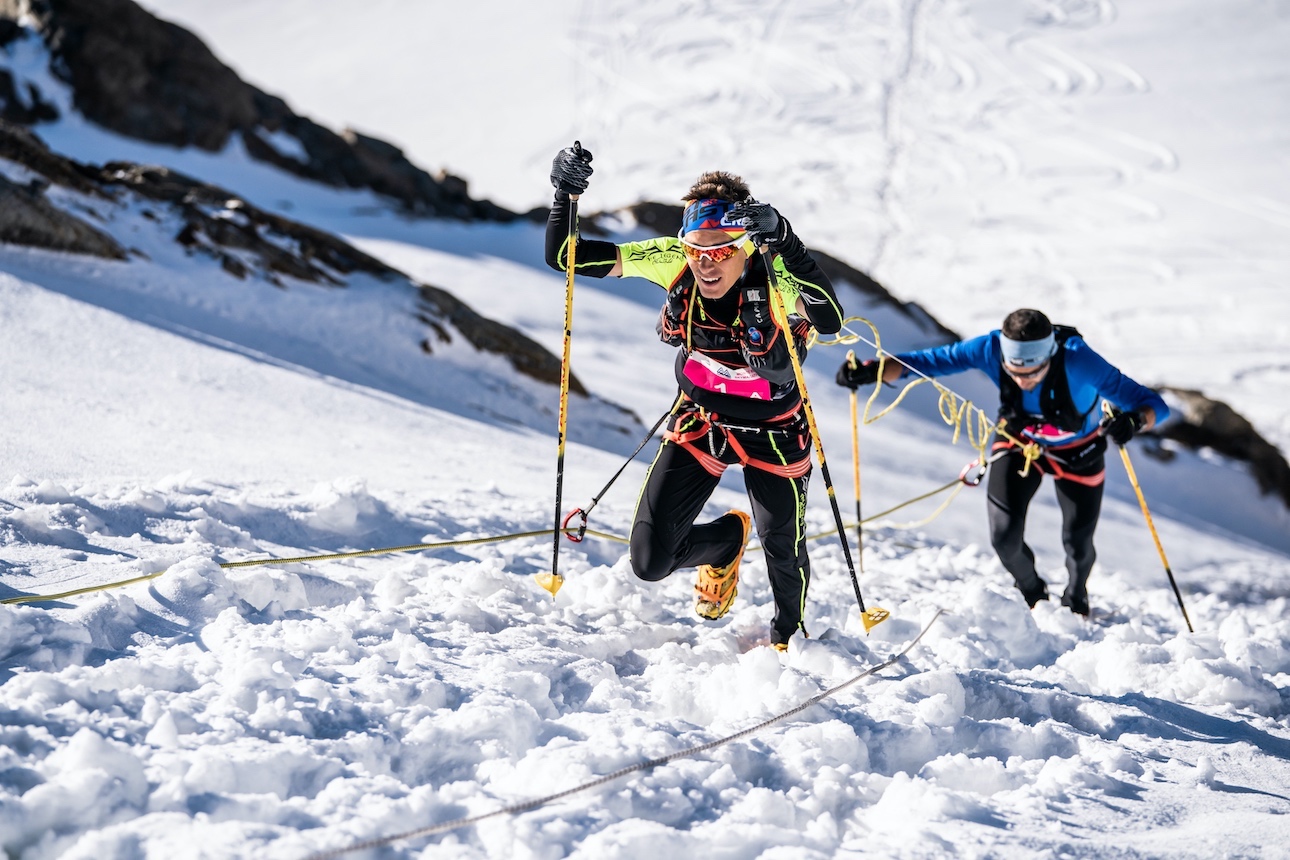 It was a case of “less cloud, more sky” for the Monte Rosa SkyMarathon, Europe’s highest race held earlier today in the village of Alagna Valsesia on the Italian side of the mountain. Much anticipated after last year’s relaunch 25 years from the first edition and the birth of skyrunning, yesterday’s date was postponed due to severe weather conditions.

Last night, the north wind turned around in favour of clear skies, and four hundred competitors from 25 countries took off at first light from the town square for a 1 km tour of the village before passing under the arch to attack the climb to the Margherita Hut at 4,554m altitude marking the turn-around point. The course is 35 km long with a total of 7,000m vertical climb over moraine, snow fields and glaciers. The runners race roped together in teams of two for safety.

The winning men’s team was led by last year’s winner, Italian William Boffelli. Due to health issues with his previous partner, Franco Collé, this year he raced with new team mate, Jakob Herrmann from Austria. Both accomplished ski-mountaineering champions, Herrmann climbed hard with his partner putting a 25-minute lead on the second team at the summit. 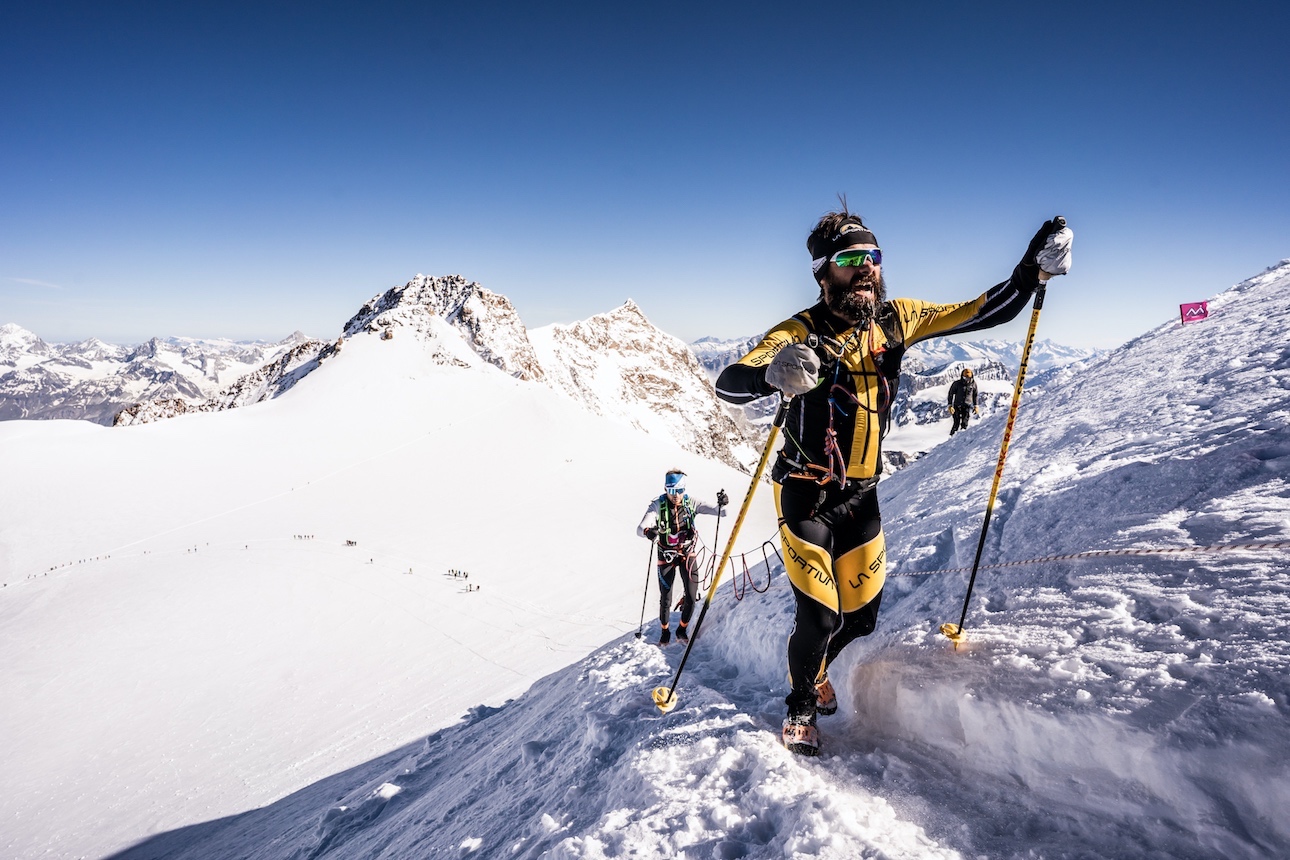 “I really wanted to perform well in this race because it’s beautiful and unique,” said Boffelli. “Unfortunately, Franco’s health problems obliged me to change plans, and I want to thank Jakob who accepted to take on this adventure with just four days’ notice. He’s not used to the descent, but he gave it all to keep up with me! I dedicate this victory to Franco with the promise to return and race again with him!”

Crossing the finish line to cheering crowds in second was Italian team Beccari-Felicetti who closed in 5h10’41”. In third, Italians Carrara-Montanari, in 5h30’02”.

The women’s race was comfortably led from the start by Italian team Giuditta Turini and Laura Besseghini, who fell on the last stretches of the downhill, unable to complete the race and forcing the team to retire. 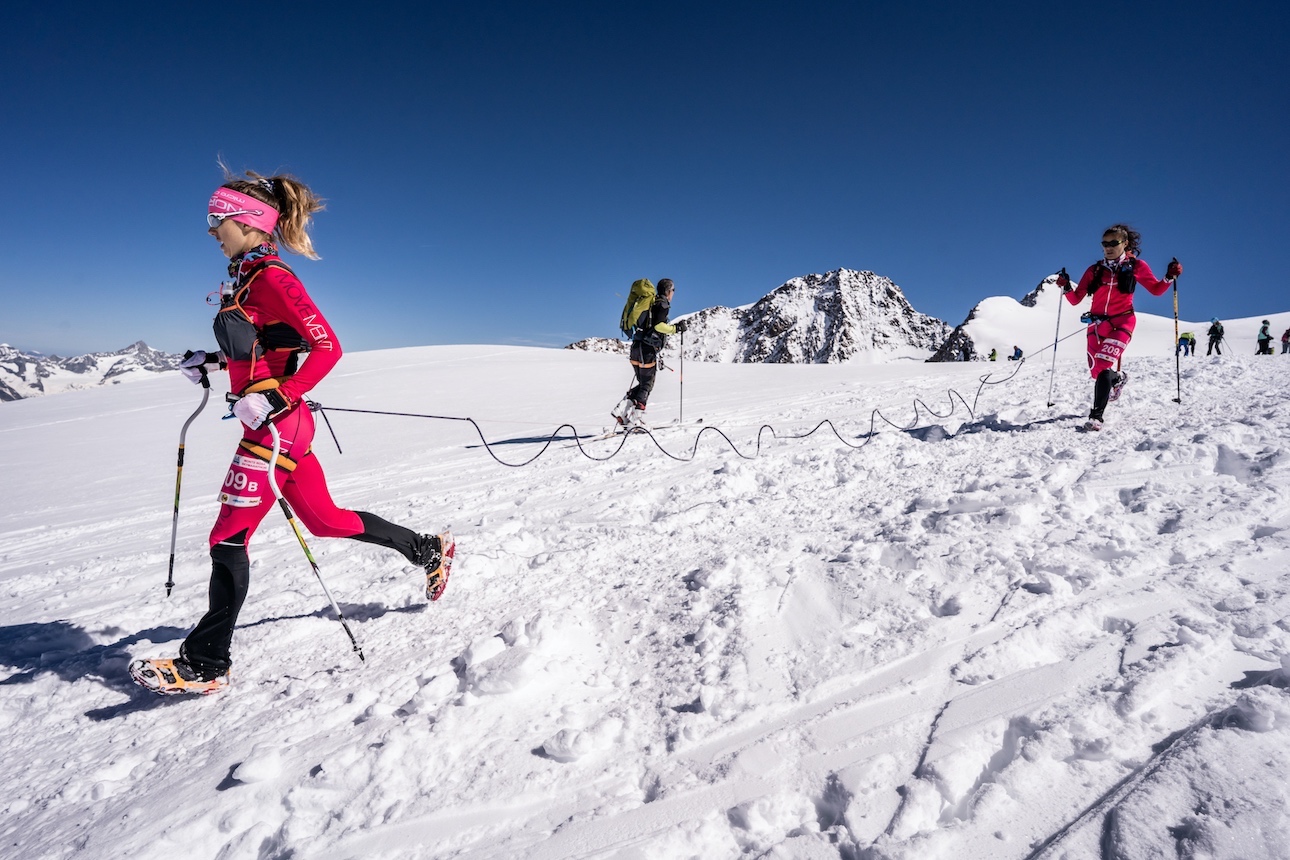 Giudita Turini and Laura Besseghini, race leaders before having to retire. ©iancorless.com

For Poland it was a day of victory with a sprint to the finish. Natalia Tomasiak and Katarzyna Solinska closing in 6h38’14” followed, only 16 seconds later, by Miska Witowska- Iwona Januszyk. The women’s record also remains intact, set in 1994 by local Gisella Bendotti in 5h34’.

Tomasiak, who participated in 2018, commented, “Last year I came, but we struggled with the altitude, so I decided to come back. I immediately fell in love with this race and I wanted to do well. Today everything was perfect – the weather, the snow, the landscapes, my partner! I’m really sorry for the Italian girls, but I’m so happy! It’s like a fairy tale come true!”

A special mention goes to French woman Iris Pessey who place fourth today with Noémie Grandjean. Looking for double trouble, after winning yesterday’s AMA VK2, the uphill-only version over the same course to an altitude of 3,260m, Pessey decided to take on both races – an exceptional performance. 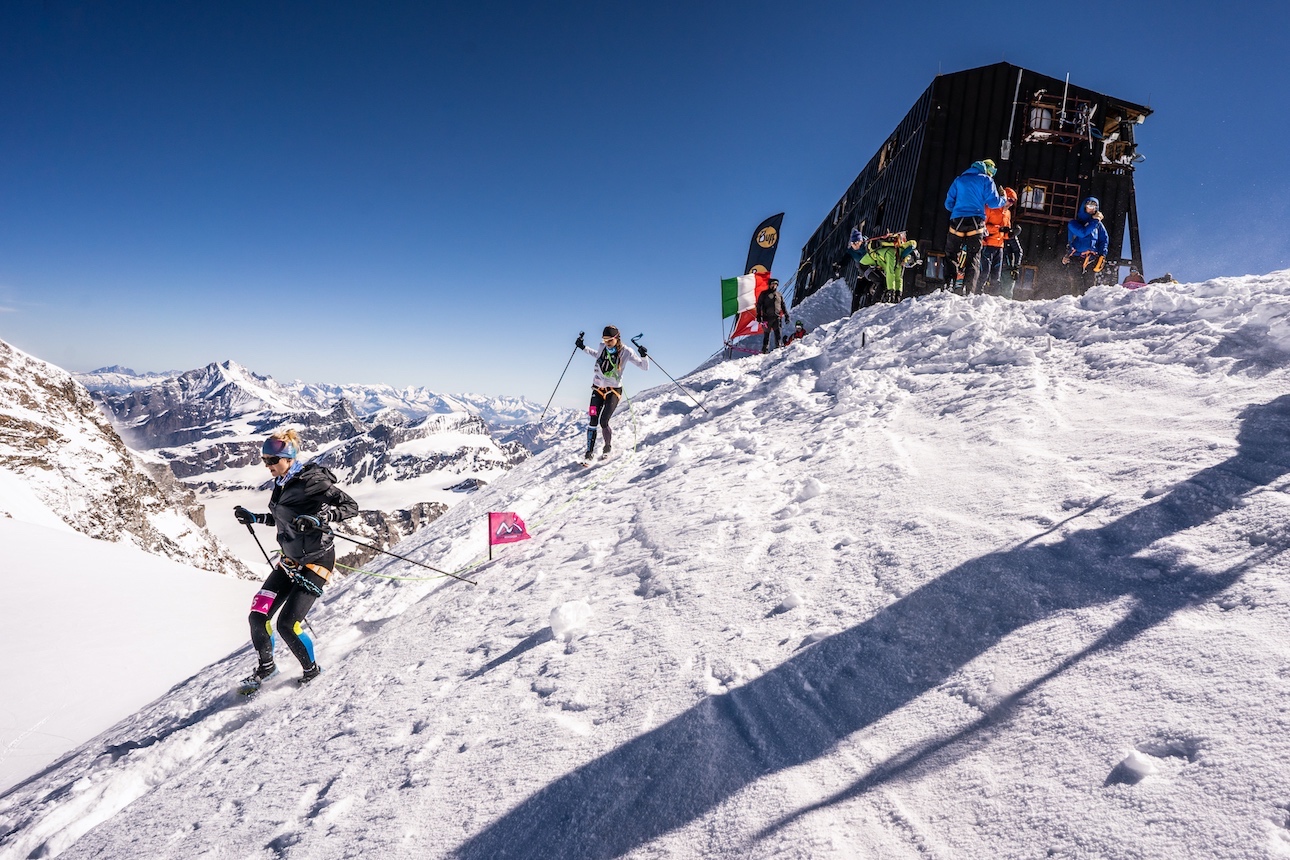 What was one man’s dream back in 1992 became history, the history of an innovative new sport. “The Monte Rosa SkyMarathon, the race that marked the birth of skyrunning, is here to stay!” stated Marino Giacometti, founder of the sport and President of the International Skyrunning Federation. “Since last year’s relaunch we are climbing from success to success and, together with the new AMA VK2, the stage is set to repeat history, a legend in the making.”

Manuel Gambarini, Race Organiser and President of the AMA Organising Committee together with the team, wish to thank the Mountain Guides, the Alpine Rescue Service and all the volunteers – on and off the mountain – together with sponsors: Crazy, Eolo, Buff, Cimberio, Kratos, Ultimate Direction, Nortec and media partners: iancorless.com, Radio Dee Jay and Montagna TV.