It’s back to the roots for the Monte Rosa SkyMarathon 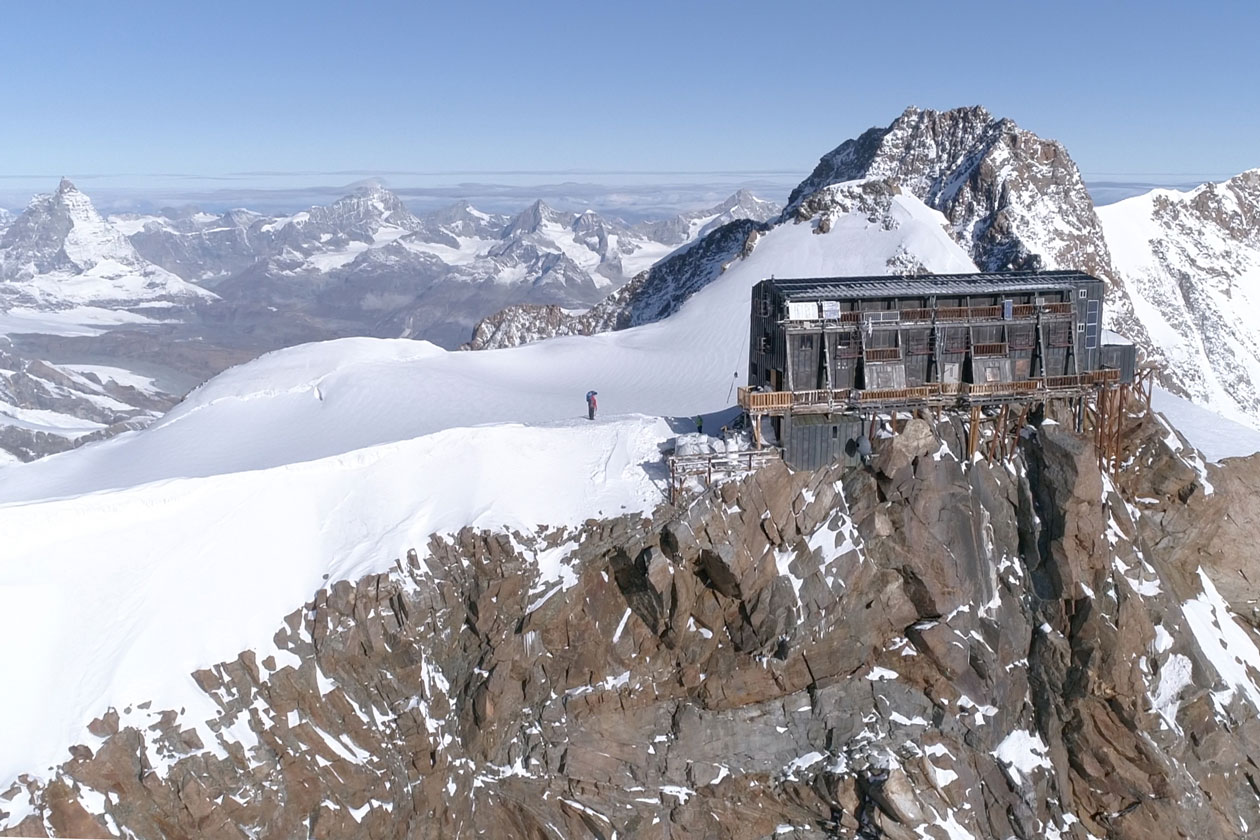 What was one man’s dream back in 1992 became history, the history of skyrunning. Twenty-five years after the first race to the summit of Monte Rosa in 1993, the race is back on June 23 in Alagna Valsesia in the Italian Alps. With a “mere” 35 km distance and a total vertical climb of 7,000m, it represents the pure essence of the sport. Tagged as “the race of the century” the Monte Rosa SkyMarathon is Europe’s highest race, summiting at 4,554m altitude.

300 runners racing in teams of two hail from no less than 23 countries. This unique challenge has attracted some of the best athletes in the world including skyrunning stars Kilian Jornet and Emelie Forsberg who will race, together for the first time, in a mixed-gender team.

“Monte Rosa is a summit I’ve been waiting to climb and now I have the opportunity to do it in a race! To do it with Kilian will be great as I want to try to push my own limits and I’m very motivated to set a good time up and down the second highest mountain in Europe!” exclaimed Forsberg. “To race with Kilian will be the first time and it’ll be so much fun! I also know that I can just focus on myself, as he is much stronger,” she added.

Among the elites are Britons Tom Owens and Andy Symonds, both accomplished skyrunners, racing as a team, they are potential podium material.

Owens stated, “I’m super excited to take part in the Monte Rosa SkyMarathon combining elements of skyrunning and mountaineering. It will be full on adventure and extremely hard at altitude. Fingers crossed for good weather!”

Tom Owens will aim for the podium. ©iancorless.com / SWS

Symonds, after a period of recovery from injury this winter, is now ready to race. “I’m looking forward to getting back into the running with a no faff about, real mountain race!” he declared. “After several months off I’m just starting to run again and the perfect way to get fit is by having fun at the same time – like running up Monte Rosa!”

For most, fun is something else, but for the 300 entrants, fun is included in the demanding uphill and downhill sections, the steep pastures, moraine, snow fields, glaciers with crevasses, exposed areas and potentially severe weather conditions. This year, the amount of snow on the course is beyond expectations, adding to the severe challenge. 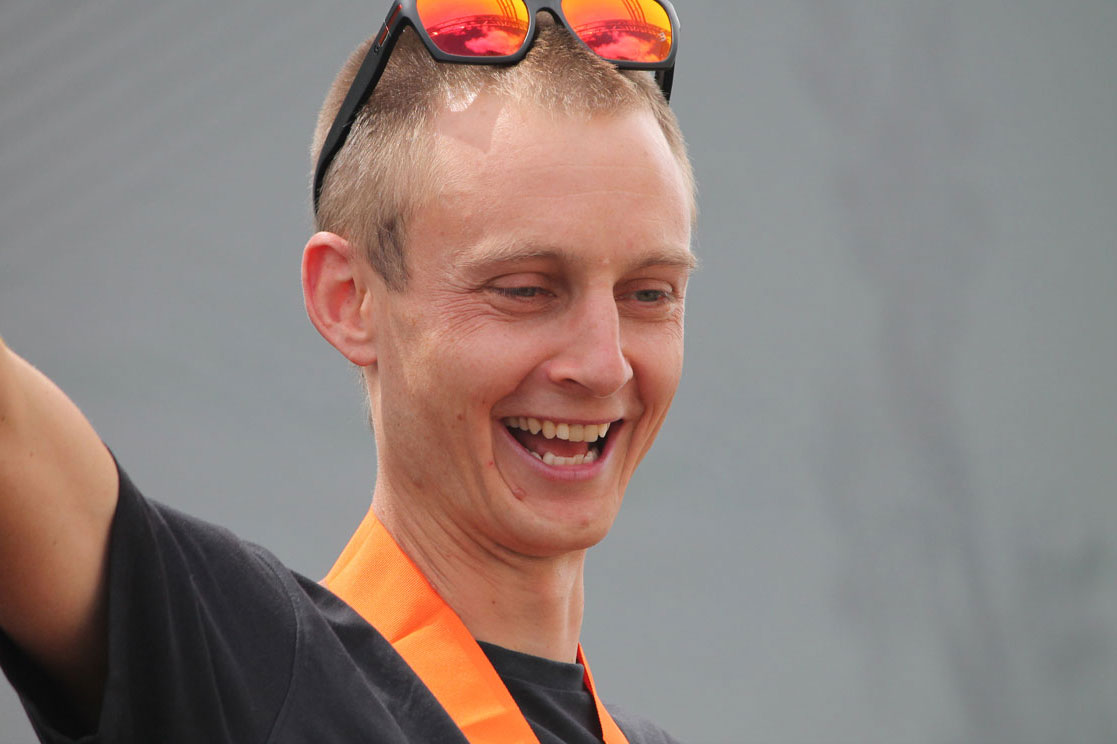 The women’s field is led by top skyrunners Briton Holly Page and American Hillary Gerardi.
“I’m so excited to go the birthplace of skyrunning and participate in the Monte Rosa SkyMarathon. It seems it really embodies the spirit of skyrunning, moving quickly through amazing mountain landscapes – as well as that of alpinism, where you get to share an incredible experience with a friend on the other end of your rope.”

In fact competitors in this unique race will be roped together for safety, racing with harnesses and crampons on the upper stretches.

A total of four editions took place from 1992 to 1996. The first successful edition to the summit was in 1993 and in 1994 the standing records were set by Italians Fabio Meraldi and Gisella Bendotti in an incredible 4h24’ and 5h34’ respectively.

Bendotti, 55, a local from Alagna, went on to take podiums as far afield as Colorado and Tibet and retains the Mont Blanc ascent record. She will be back, teaming up with her niece Sabrina Bendotti, 30, a real family affair.

Meraldi, who will attend the race as ambassador, went on to become a skyrunning legend, conquering records on Mount Kenya, Aconcagua and Mont Blanc. He comments, “I’m very proud the race is back, but with a formula focussed on safety! Then, we were not naïve in facing the glacier alone. They were different times and we were pioneers! On the day of the race in 1994, the memory is still fresh and I still feel the pre-race emotions deep inside of me because of the preparation and context where we were running!

“I want to remember two moments in the race. The first, as I came close to the Margherita refuge, I felt the energy the mountain was giving me! I thought I was invincible that day!
Then, on the long descent, the sensation of flying! I was going so fast that I did 3,400m of descent in just 1h10’…
I’d like to thank Marino [Giacometti] for giving me the possibility of living so many and such beautiful sensations running in the mountains!”

So, 25 years on and the vision of Marino Giacometti, the founder of the sport, today has a global reach counting some 50,000 participants from 65 countries and 41 member nations of the federation he presides, the International Skyrunning Federation. 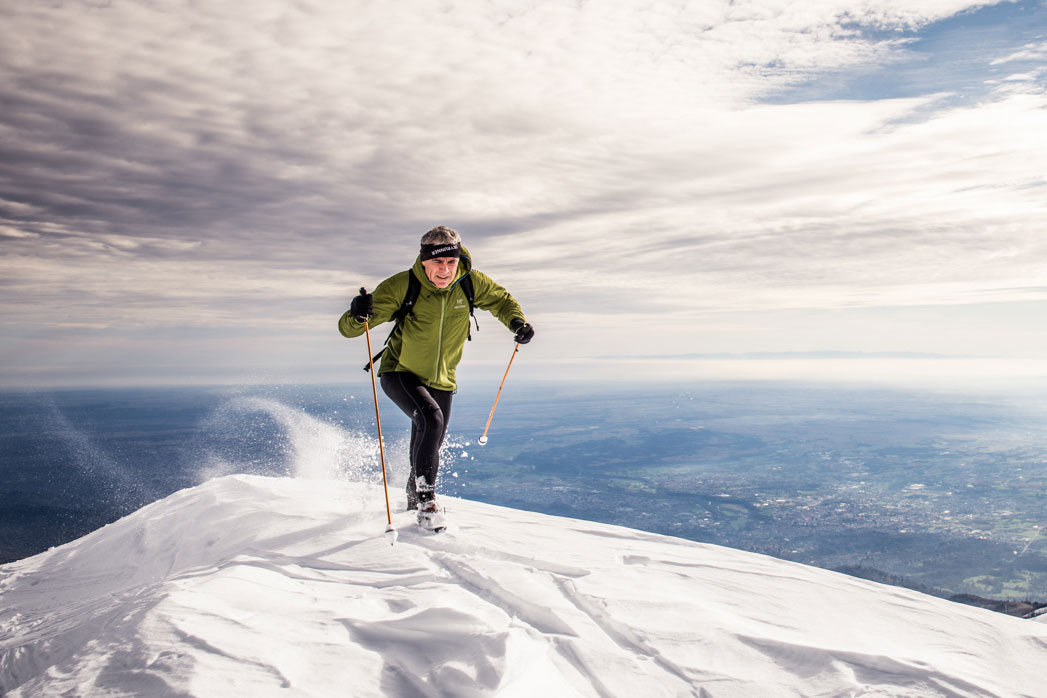 A shorter race for individual runners, the Alagna-Indren SkyRace® will also take place on the same day reaching 3,260m altitude.

Race director Manuel Gambarini is already excited. “We’re working as a team, all together. Saturday I was up on the course. It was really emotional. The perception is that it will be a really tough race, even for the elite. There’s so much snow! Looking at the weather forecast is the hardest part right now. Can’t wait for Saturday!”

The challenge is on and while the quality of the field is top, racing as a two-man team and the severe snow conditions make breaking the record unlikely. But then, who knows?

Kilian Jornet will test himself on Monte Rosa. ©iancorless.com / SWS

Join us on Saturday for the race of the century!