Monte Rosa – it’s all uphill in the AMA VK2 CRONO challenge, but not without rewards 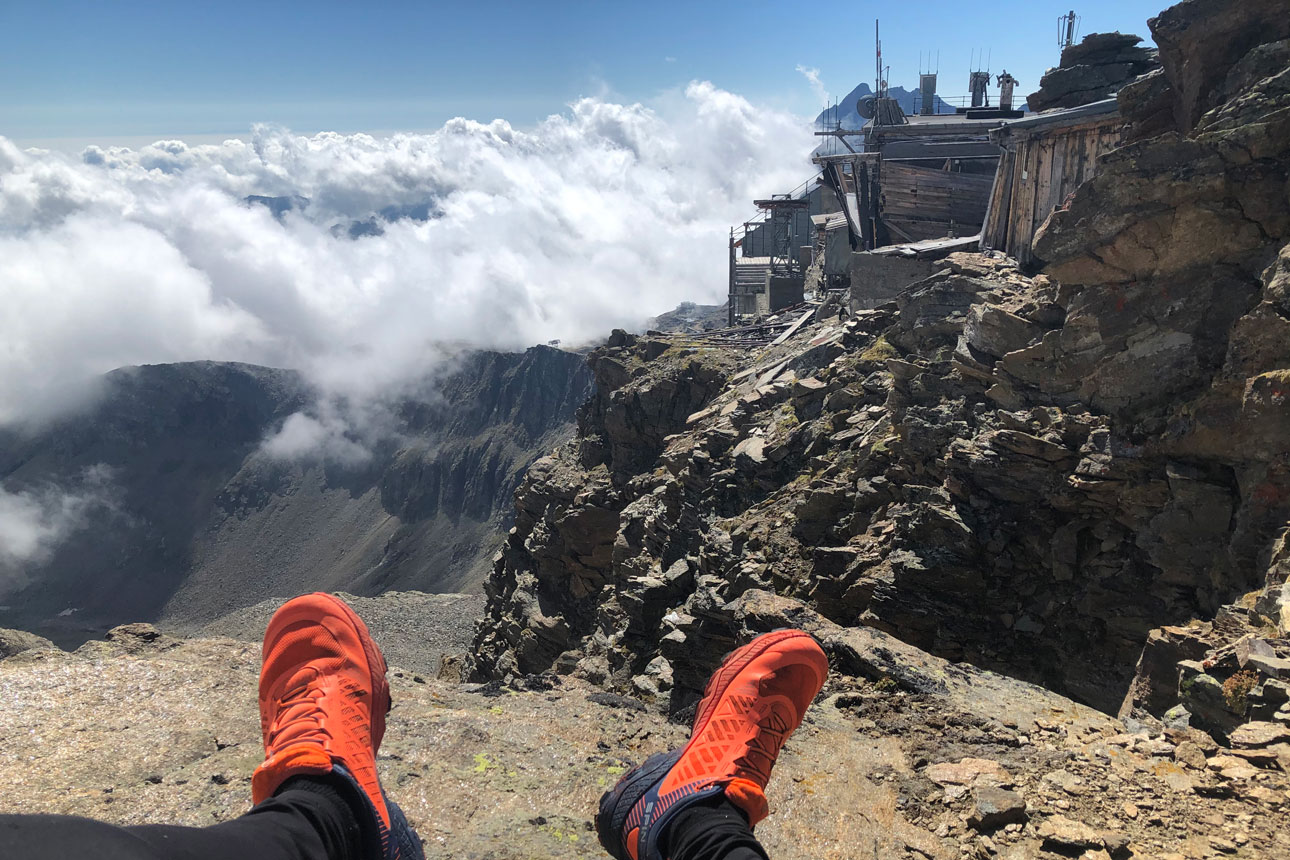 Scarpa® are among the prizes awarded in the AMA VK2 CRONO lottery. ©FSA

Armed with just a stopwatch and a huge desire to return to running in the mountains, the AMA VK2 CRONO initiative has kept the race, cancelled due to Covid-19, alive and kicking.

The organisers of the AMA VK2, sister event to the Monte Rosa SkyMarathon, Europe’s highest race and birthplace of skyrunning, wanted to keep the concept alive with an original project supported by a number of local hotels in Alagna Valsesia in the Italian Alps, together with footwear manufacturer Scarpa®, offering valuable prizes – not based on the fastest finishing times over the course but with a draw from all those who participated and supplied their data.

Participants in the initiative were not only Italian, but came from Germany, Holland and France to test this spectacular double Vertical Kilometer® course which enjoyed international fame just one year after the launch. 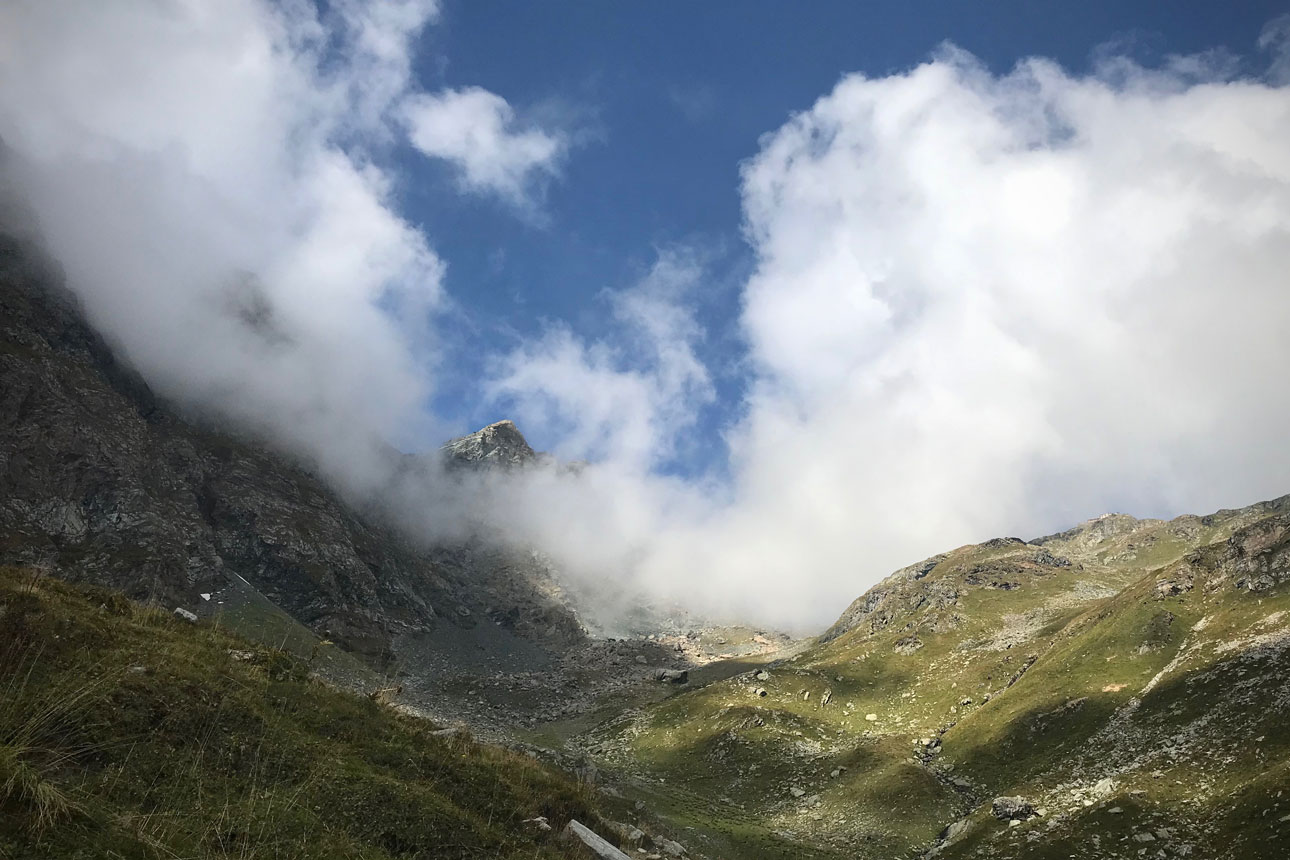 The spectacular scenery along the course. ©FSA

The timed test was launched on July 5 and valid until September 5 inclusive. To participate, runners had to register on the website and send their finishing time, their GPS reading together with their data. Among many who completed the course over the two-month period, 23 athletes supplied their results to take part in the final prize draw.

While the prizes at stake were not based on the fastest times, needless to say everyone gave it their best. The fastest time registered was 1h55’13” by Italian Mattia Bertoncini who took a bronze medal at the 2019 Skyrunning Youth World Championships. He was just 13’ off the record set by another Italian, Nadir Maguet in last year’s inaugural race and represents the second-best performance ever. 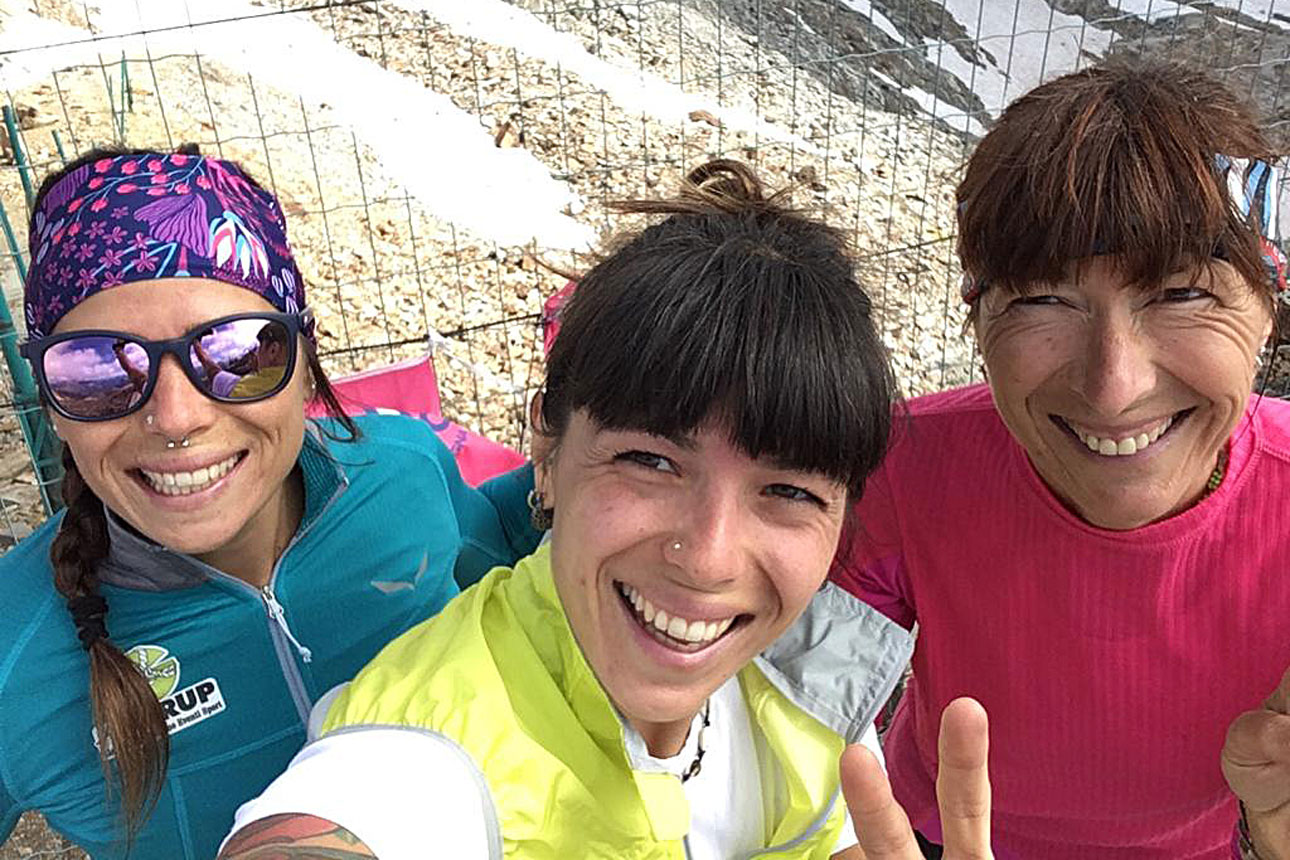 Skyrunning runs in their veins! Skyrunning legend Gisella Bendotti with her nieces at the AMA VK2 CRONO finish. ©AMA

Two skyrunning legends took part in the challenge. Local athlete Gisella Bendotti, a skyrunning champion and pioneer, after 26 years still holds the women’s record of the Monte Rosa SkyMarathon. Twenty-six years on and accompanied by her twin nieces, the trio clocked 2h44’09”, just 3’ slower than her time in the 2019 AMA VK2 race.

The other legend taking part in the initiative was skyrunning founder Marino Giacometti who established the first record on Monte Rosa from Alagna. He took up the challenge to climb the 2,000m ascent to 3,250m to close in 3h0533” – a great way to celebrate his birthday on the last day of the trial. 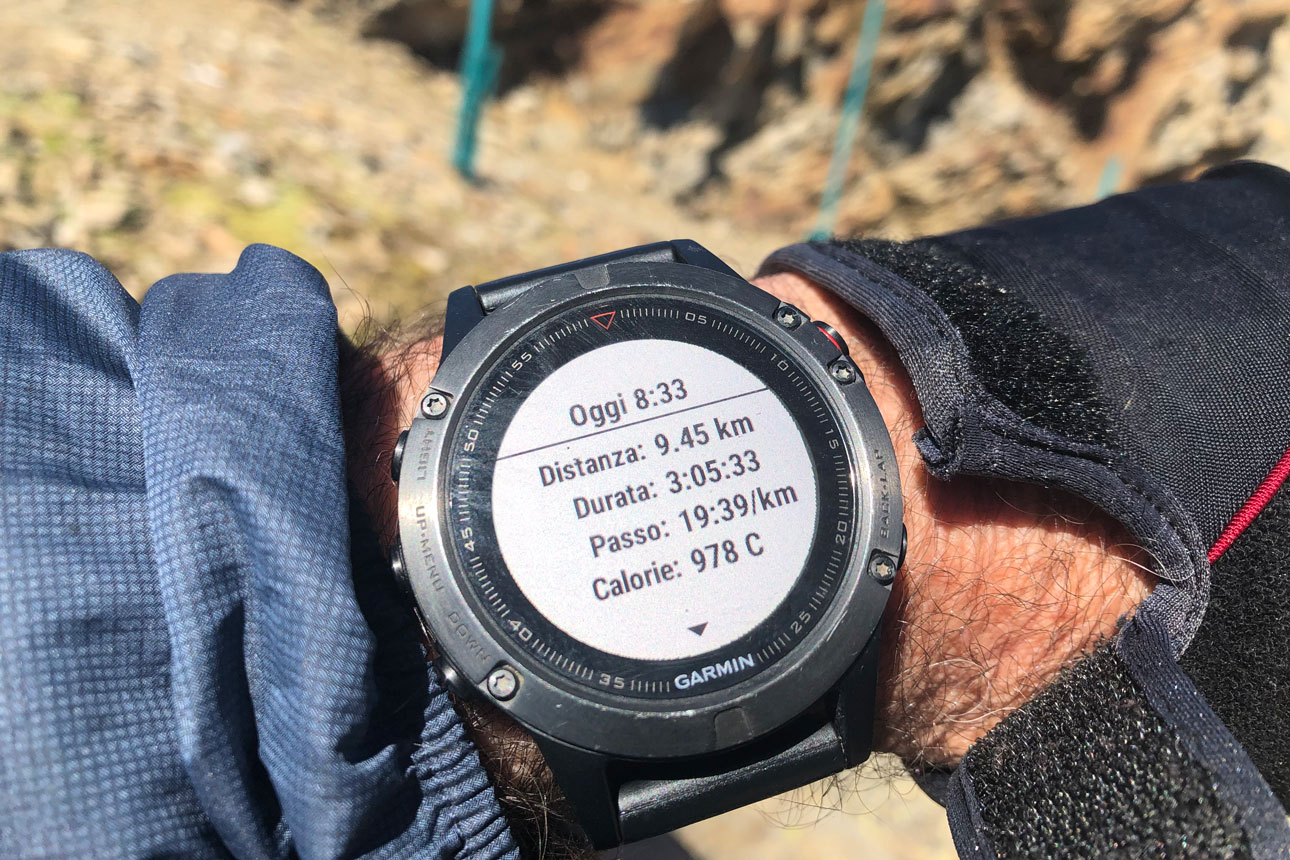 Back to the roots for Marino Giacometti. Skyrunning founder tested himself on AMA VK2 CRONO. ©FSA

Apart from the above prizes previously announced, a further six participants will receive prestigious running shoes offered by Scarpa®, leader in mountain, trail and skyrunning footwear. The high-performance Spin Ultra model is designed for top runners and enthusiasts and is suitable for long distances and extended training sessions – just the job for climbing a double Vertical Kilometer®.

The lucky winners and their prizes are as follows:

Apart from the local hotels, the cable car company Monterosa 2000 SpA contributed to the AMA VK2 CRONO with special prices on the downhill from Indren.

Stay tuned for the second edition of the AMA VK2 which will take place together with the Monte Rosa SkyMarathon on 19-20 June, 2021.